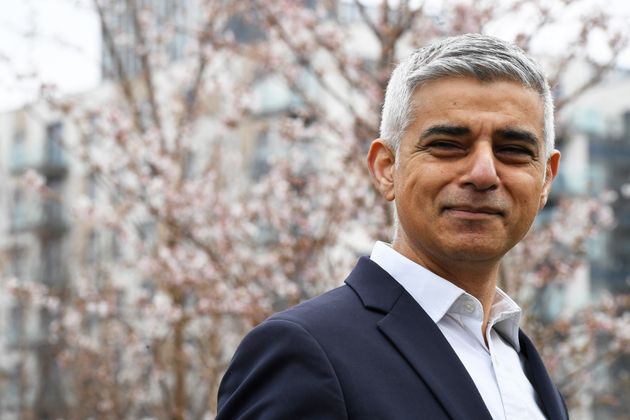 Sadiq Khan would be wasting his time if he sets up a review to look at decriminalising cannabis if he is re-elected as London mayor, Downing Street has said.

Khan has promised to set up an independent commission to examine the health, economic and criminal justice benefits of decriminalising the class B drug.

The review would likely look at evidence from Portugal, several US states, Canada and Uruguay, where cannabis is effectively legal for recreational use.

The London mayor has said it is “time for fresh ideas to reduce the harms [that] drugs and drug-related crimes cause to individuals, families and communities”.

If re-elected, I’ll establish a London Drugs Commission – independent experts to examine the latest evidence from around the world.https://t.co/3G8FRiYiTq

“That’s why, if I’m re-elected, I will establish a new London drugs commission comprised of independent experts to examine the latest evidence from around the world.

“The commission will make recommendations focusing on the most effective laws to tackle crime, protect Londoners’ health and reduce the huge damage that illegal drugs, including cannabis, cause to our communities and society.”

But Stratton told reporters: “Policy on controlled drugs is a matter for the UK government and there are no plans to devolve this responsibility.

“The prime minister has spoken about this on many occasions – illicit drugs destroy lives and we, he, has absolutely no intention of legalising cannabis, which is a harmful substance.”

Asked if Khan would be wasting his time with a review, she replied: “That is correct.

“Sadiq Khan, the mayor of London, will know that the policy of controlled drugs is a matter for the UK government.

“It’s not a matter for his office.”

Politico’s London Playbook on Tuesday reported that the BBC has held talks on how to handle the Covid press conferences if the PM continues to use them to launch political attacks on prime time TV in the legally sensitive period leading up to May’s local elections.

The PM lied yet again from £2.6m taxpayer-funded press conference.

Covid-19 is the sole cause of TfL’s challenges.

Before the pandemic I was fixing his mess at TfL – reducing the deficit by 71% compared to what he left. https://t.co/zks3vJbVb0

The press secretary also defended Johnson’s visit to a church which has been widely criticised for its attitudes towards homosexuality.

Labour leader Keir Starmer has apologised for visiting the Jesus House for All The Nations church in Brent, north London.

Asked if the PM would do the same, Stratton said: “We remember the visit to Jesus House well, because that day it was the site of a pop-up centre for vaccines.

“One of the main jobs inside government over the last few weeks and months has been driving up vaccine take-up in communities that are hesitant about taking it, most notably the Black community.

“That was the purpose of his visit that day, it was a profitable visit where he was able to meet Black community leaders and work to increase vaccine take-up and deal with vaccine hesitancy.

“So it was an incredibly important visit – making sure every aspect of the population feels confident in and takes the vaccine is a top priority for this government and that’s why the prime minister made that visit that day.

“Hopefully people don’t need reminding, but in case they do, this is a government that is fully committed to advancing LGBT rights and championing equality.”

We use cookies on our website to give you the most relevant experience by remembering your preferences and repeat visits. By clicking “Accept”, you consent to the use of ALL the cookies.
Cookie settingsACCEPT
Manage consent

This website uses cookies to improve your experience while you navigate through the website. Out of these, the cookies that are categorized as necessary are stored on your browser as they are essential for the working of basic functionalities of the website. We also use third-party cookies that help us analyze and understand how you use this website. These cookies will be stored in your browser only with your consent. You also have the option to opt-out of these cookies. But opting out of some of these cookies may affect your browsing experience.
Necessary Always Enabled

Any cookies that may not be particularly necessary for the website to function and is used specifically to collect user personal data via analytics, ads, other embedded contents are termed as non-necessary cookies. It is mandatory to procure user consent prior to running these cookies on your website.